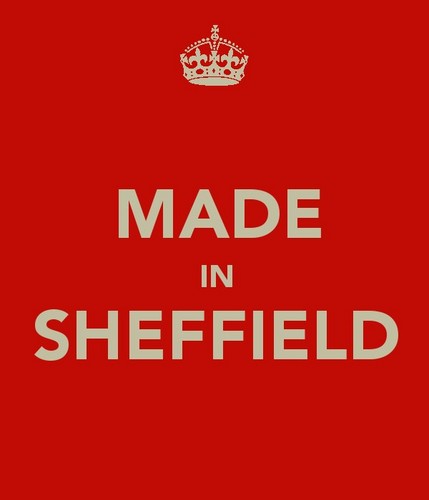 OOPS! It's been six month's since my last update.

However that’s nothing compared to the thirty years since I first left my home town of Sheffield.

Returning to this city to see what has happened to the LGB&T community there has spurred me on to keep writing. Even if no-one else reads this, it’s good for me to get it out!

As a teenager, growing up during the depression of the 1980’s and the demolition of the steel industry that affected my family and my city was bad enough, but the realisation that I just couldn’t be myself in this place, was just too much for my young mind to cope with. There really was nothing down for me except to be stifled by heterosexual norms, ending up as a sad dejected figure lost in other people’s aspirations with no knowledge of my own potential for the future. I didn’t know what I had to do but I knew I had to leave and try and move forward, even if it meant blundering around in the wilderness for a few years before I found any real answers.

Back in those days I didn’t really want to acknowledge my sexual orientation because I just wasn’t ready for it, bear in mind that for any young gay man to begin a sexual adventure in the early to mid 1980’s was incredibly dangerous with the hysteria surrounding HIV & AIDS. Not to mention the fact that, apart from one or two pubs and club nights, none of which really appealed to me, there was nothing for South Yorkshire’s LGB&T Community to really hold out much hope for.

So I moved to Blackpool, then Liverpool and eventually Manchester just far enough away to try and find places where I could feel like I fitted in somewhere, not that I was sure where that might be. I’m sure I will talk more about those other cities one day but Sheffield, my home town is the one that I want to acknowledge now as almost 30 years since I left, I returned yesterday to find a burgeoning LGB&T community and the fact that this is being documented is something that I want to mark in my own small way. 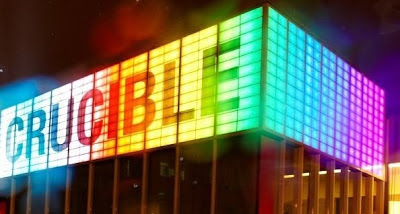 It was fitting (for me) that I should attend the conference ‘LGBT Communities in the 21st Century’ at the city’s Crucible theatre, as this was one of the first places where I ever felt that I could really be myself.

This conference was held to launch research into understanding differing views on the importance of an LGBT community which has been put together by Eleanor Formby of Sheffield Hallam University.

Professor Catherine Donovan of the University of Sunderland who has long been looking into need for LGBT communities also pointed out that in the absence of a truly diverse society we need further resources for lesbian, gay, bisexual and trans people to really make sense of who we are and how we can live our lives.

Of course there are all kinds of ways of accessing a community, or somewhere where we may not feel so much of an outsider in the hope that we can make a connection with others and begin a journey of truly realising who we are and what it is we are meant to be doing. It was uplifting to be attending this presentation in the city where I just couldn’t find that sense of belonging all those years ago. 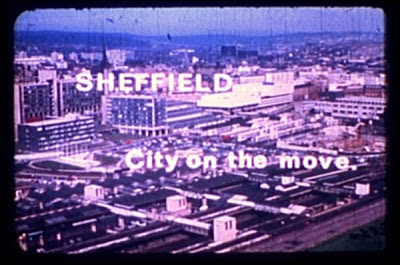 ﻿
I was delighted to see so many projects being run for young LGB&T people and to see the work of Sheena Amos Youth Trust and their projects for LGB&T and straight youths alike gives me hope. If only every young person could have access to this kind of outlet, this kind of community.

Fortunately there is a lot going on for LGB&T people in our Steel City. Sheffield has it's own Pride event,a thriving university life and going back to long before any of us were on the 'scene' the city will soon have a memorial tribute to Edward Carpenter,an early pioneer of sexual liberation who lived near Sheffield in the early 20th century.

It makes me sad when people feel they don’t want to belong to any kind of community and that they can make it on their own, because at some point in life we all need to be around others who understand a little of what we are going through. The sad fact is that if we don’t share our troubles with those who can support us we are likely to do ourselves harm ,often with tragic circumstances.
﻿﻿

It was interesting that Steve Slack our joint host for the day from Sheffield's Centre for HIV &Sexual Health pointed out the irony in a recent book which talked about ‘The Declining Significance of Homophobia’ particularly amongst young people, and of course you don’t need me to tell you with all the many thousands of cases of homophobic bullying and hate crime documented in any one year in the UK alone this would be laughable if it were not worryingly distorting. We won’t plug that particular book here though.

We know that service providers in general are just not aware of the full needs of our diverse LGB&T communities, how could they be? We don’t even know where everyone is or what problems they are having to deal with if they are not able to find some kind of sanctuary in some kind of community where they really can begin to be themselves.

Yes there are issues with ‘our’ community, the sense that equal rights are coming so fast that there is a myth we don’t need to challenge ‘bigots’. The lack of inclusion for women, racial and cultural diversity, the older,younger,those with disabilities is also a problem for communities struggling to define their own identity.

One of the most common omissions in LGB&T is often the ‘T’ and Lee Gale from TM Training gives a fascinating insight into the world of the trans masculine community and the importance not only of understanding all diverse aspects of gender identity but also for trans men to be included in sexual health resources aimed at gay and bisexual men.

We criticise Pride events too if we don’t feel they are political anymore. However the mere fact that we re able to be seen to visibly enjoying ourselves in public in a safe environment is a massive political statement, one that too many others still do not have. What we do with this opportunity is up to us.

As Eleanor Formby highlights “for all the therapy and anti-depressants in the world, nothing will cheer you up more than having LGBT friends.’’

The importance in having some sense or ‘feeling’ of community is important to all of us, whether we acknowledge it or not because the world outside does not yet know how to recognise us let alone welcome us.

To anyone who feels they have come so far in life that they feel they really don’t need any one else I would argue that one day you will and you will be lost if you do not feel it is there, just like so many of us are when we are growing up.

And if you are secure in yourself, your relationships, your family, your work and your life in general, how about giving support to someone who isn’t?